NPCs in Biomutant refer to the different Non-Playable Characters that inhabit the game world and can be interacted with by the Protagonist. NPCs provide information and backstory on the game's many aspects and features. Some NPCs can give out Quests, while others provide useful services such as Merchants who can sell Items or craft useful Gear for the player. Additionally, there are special NPCs called the Tribe Masters who are each in charge of the Tribes and play an important role in the game's story. This page lists all NPCs the Protagonist can meet on their adventure.

Some civilians have information about secret locations nearby. You can try to ask for the information, but it's not likely that they'll give it up unless you make use of one of your Attributes. The chances that they'll give up the information is then much higher, but if you fail the check you will lose 1 of your attribute points. If your check is successful, the location will be marked on your map with a question mark.

The Tree of Life caretaker.

Teaches you how to swim

Teaches you how to craft weapons.

Teaches you how to modify you gear.

A scientific that studies the twinklers in the night sky.

He is a vagabond bookkeeper, that likes to be alone.

Childhood bully and also disciple of your Mooma.

Prisoner at the Murkadorpus Outpost.

He is a scared Villager that can't sleep because of the Monstrous Fluff Hulk.

Lump is baker that makes the best pastries around.

Juju is a styler-fitter of the most fantastic kind.

Klick runs a low-key business, but he's willing to help you unlock all kinds of secrets from the back-then

He is a civilian terrified of the Brogg that lives in the middle of a desolate garbage pile. 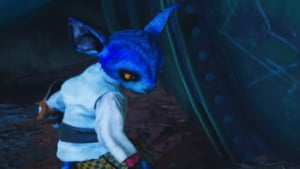 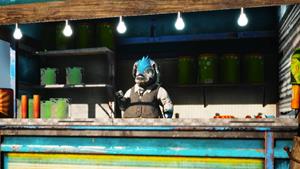 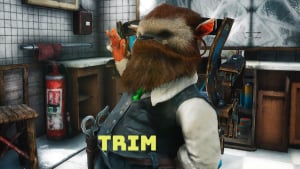 Trim can customize how you look